Unlike the Arctic, the Antarctic or South Pole is a continent covered with ice and surrounded by water on all sides. It is located at the southern extreme of the planet and is circumscribed by the Antarctic circle.

The Southern Ocean which surrounds the Antarctic continent is a closed sea due to the currents it generates. Its biodiversity is not very great, but its biomass is. For six months of the year, as with the opposite pole, night does not form part of the landscape, and the fact that light lasts for so long generates explosions of plankton which constitute the basis of life for many other species. 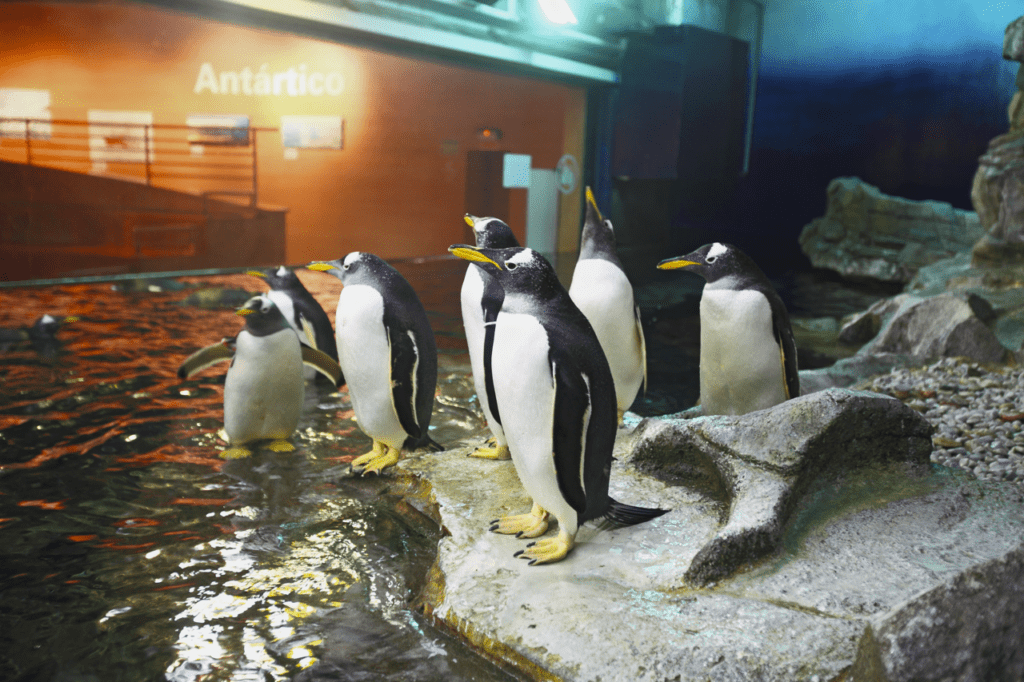 Gentoo penguins are easily recognised by the white patch on the upper section of their head, behind their eyes. Their bill and feet are an orange colour.

Oceanogràfic València uses its own and third-party cookies in order to collect information on the use of our portal, improve our services and show you personalized advertising related to your preferences, based on a profile prepared from your habits and the analysis of your behavior in the web.

This website uses cookies so that we can provide you with the best user experience possible. Cookie information is stored in your browser and performs functions such as recognising you when you return to our website and helping our team to understand which sections of the website you find most interesting and useful.

Strictly Necessary Cookie should be enabled at all times so that we can save your preferences for cookie settings.

If you disable this cookie, we will not be able to save your preferences. This means that every time you visit this website you will need to enable or disable cookies again.

This website uses Google Analytics to collect anonymous information such as the number of visitors to the site, and the most popular pages.

Please enable Strictly Necessary Cookies first so that we can save your preferences!