I’ll never forget the first time I’ve seen a beluga whale. I was still a student looking for a project for my thesis, I had only one certainty, it had to be about dolphins, seals, or another aquatic species with flukes.

I went to the Oceanographic Aquarium In Valencia to discuss projects with the head of the veterinary department, Dr. Daniel Garcia. After a brief chat he told me «take a walk around the park, if you find an idea and a professor to support it we’ll talk again.» He walked me to the Arctic habitat, a large igloo like structure that looked like another world to me!

This is where I discovered what a beluga is! The male, Kairo, was peacefully resting on the surface while the female Yulka was hanging around the edge of the habitat. They enchanted me so deeply that I forgot about everything else, I felt like I could stay there days just to watch those big white whales, similar to dolphins, but way larger and cuter!

I was fascinated, and while I was watching the female, she stopped and started to look back at me through the glass. We stared at each other for a time that seemed endless to me, then I began to move my head up and down and she, amazingly, did the same. I immediately repeated the movement, and she did the same. I felt an indescribable happiness, was she mimicking me? Were we communicating? What could that mean for her? Why would she do it? These and other questions were buzzing in my head for hours while I sat there watching them while they swam and played around.

Since that day six years have passed, and the more I learn about these fantastic animals the more questions I ask myself. At that time I knew almost nothing about them, so little by little I discovered that they are complex social animals, that they are a near theatened species but also that many things about them are still unexplained.

One of the significant challenges studying these animals is reaching them in their natural habitat. Belugas are distributed in high latitudes of the Northern Hemisphere: the majority of groups spend the winter around the Artic ice cap and when the sea ice melts in summer, they move to warmer river estuaries and coastal areas. Some populations are sedentary and do not migrate over great distances during the year. Belugas are gregarious and form groups of up to 10 animals on average, although during the summer, they can gather in hundreds or even thousands in estuarues and shallow coastal areas.

My initial fascination and curiosity started me on a long path, one that I’m still following. My goal is to improve our ability to protect these animals in our care and in the wild by understanding their behavior and the hormones that can influence it. So far we have discovered new non-invasive ways to learn more about them: we look at how they behave, how long they hold their breath under different circumstances, and we also collect the droplets exhaled with the respiration. We have demonstrated that if we capture and analyze their breath, their ”blow”, it’s possible to investigate the reproductive and stress hormones to evaluate the elements that can affect their well-being.

For these animals, as for all living beings, hormones are the key to many mechanisms that occur inside the body, that’s why it is crucial to learn about this modifications, this way we can learn what is normal and what is not, and with the final goal to understand the species and protect it. Blow collection is less invasive then blood sampling, it can easily be done every day even with wild animals. This technique has a great potential for the study of beluga both under the human care and in the wild and These studies are critical to the long term success of beluga whales and will help us continue to take steps to understand this amazing species. 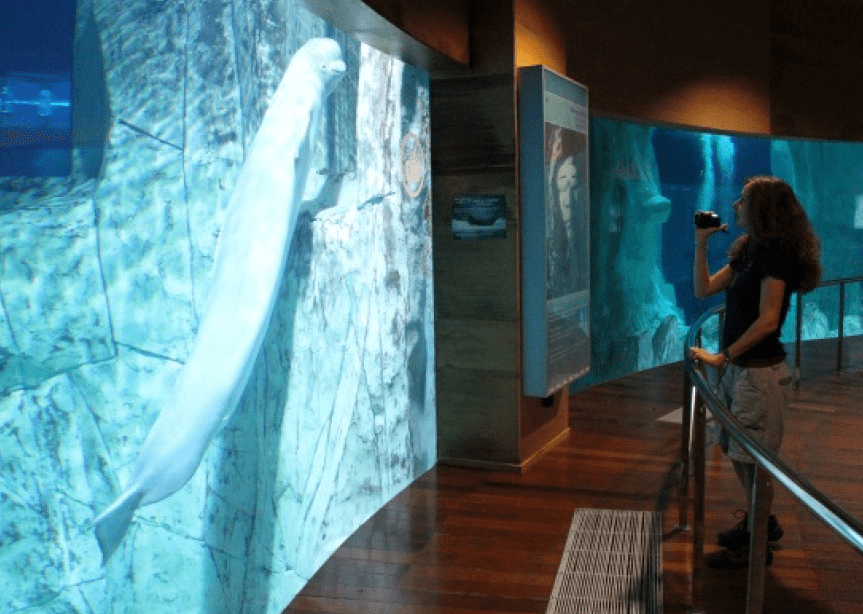 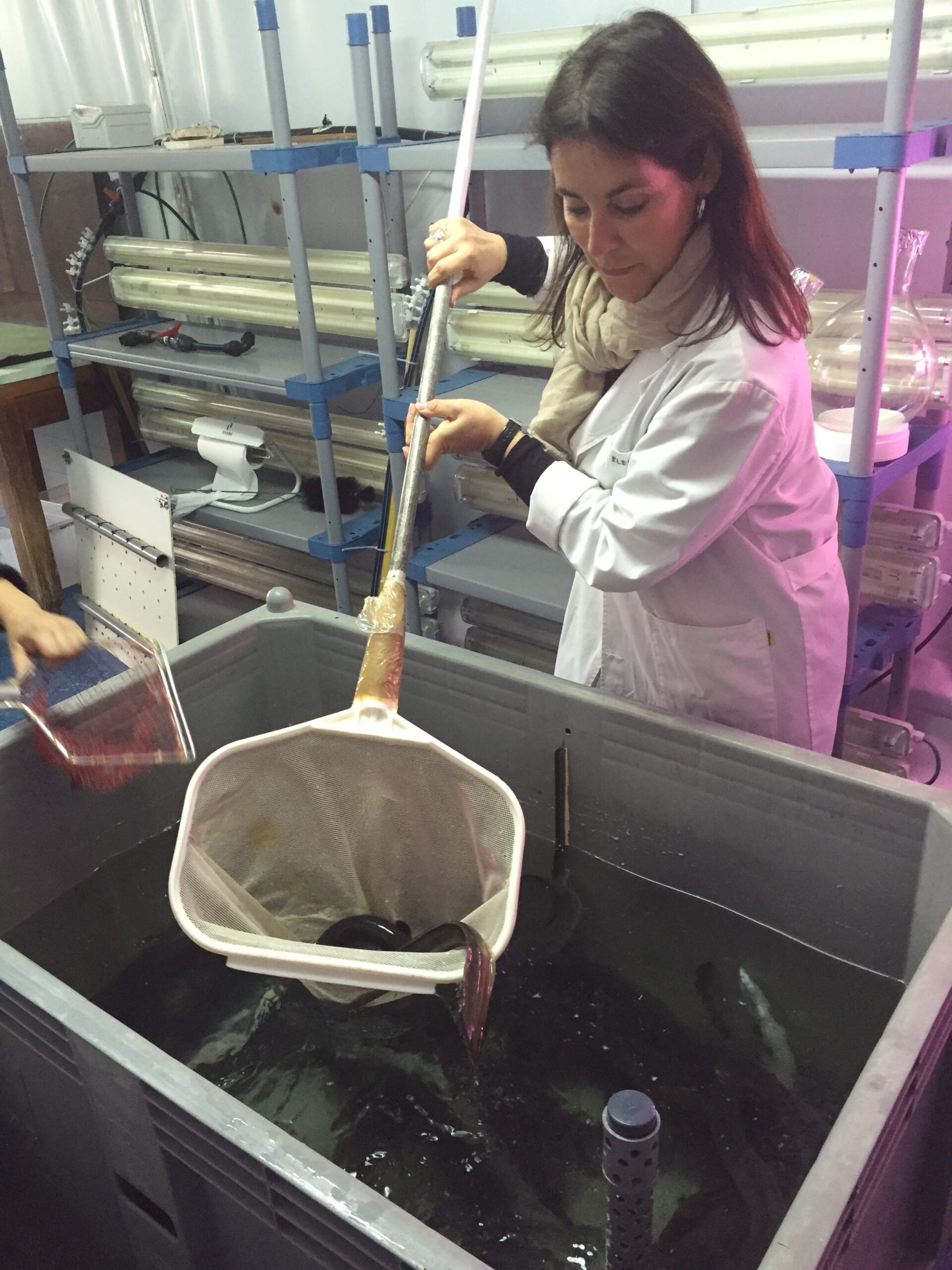 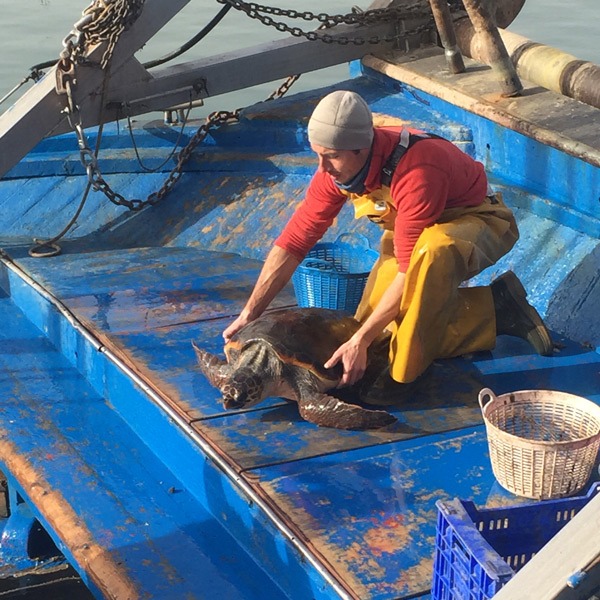